Running and knee pain go together like peanut butter and jelly. The iliotibial band is a common recipient of overuse stress with most runners experiencing symptoms at some point in their running career. Iliotibial band syndrome (ITBS) is an overuse injury caused by “tightness” in the iliotibial band. The ITB acts as a lateral supporting sling to stabilize the pelvis and lower leg during single leg activities such as running, hopping, or skating. It attaches at the top outside part of the pelvis (just behind the front pockets on a pair of jeans) and runs down the side of t

Fig. 1 – ITB and TFL have been faded. Note the location of the Gluteus Medius, Vastus lateralis and Glute max relative to the ITB

he leg attaching to the thigh, lower leg and knee cap. The TFL and gluteus maximus are two muscles that have direct attachments to the ITB while the quadriceps (vastus lateralis) lies beneath the band. It was previously thought that the repetitive friction of the distal fibers across the lateral femoral epicondyle (outside of the knee) resulted in localized inflammation of the ITB occurring with repetitive knee flexion and extension. A new study by Fairclough challenges this theory and proposes that the ITB is in fact anchored to the lateral femur and the illusion of the ITB “snapping” during knee movement is really the effect of the quadriceps and gluteus maximus contracting (1).

WHAT IS CAUSING ITBS?

Simply over activity of the TFL and under development of the glutes predisposes individuals to ITBS.  The problem is extremely common in runners, particularly in runners who train long distances which leads to increase in knee flexion and a “cross over gait” secondary to fatigue of the gluteus medius and maximus (2,4).

The knee is the middle child – always getting blamed for the bad behavior of the hip and foot.  Research confirms that correcting common muscular imbalances of the hip will correct ITBS.  As a matter of fact, many athletes who incorporate glute strengthening exercises into their routines eliminate ITBS within six weeks(4,5).  However, the challenge is which exercises are appropriate to strengthen the glutes without over activating the TFL.

HOW DO YOU STRENGTHEN THE GLUTES WITHOUT ACTIVATING THE TFL?

Many individuals with ITBS concurrently have weakness in the gluteus medius and maximus on the affected side.  This is can be observed simply by standing on the effected leg and watching for the opposite side of the pelvis to drop or the involved knee to rotate inward.  New research has examined how to strengthen the glutes without overstressing the TFL:

“Strengthening and activation of the gluteus maximus and gluteus medius while minimizing the contribution of the tensor fascia lata are essential components in the treatment of many lower limb injuries. Previous researchers have evaluated a myriad of exercises that activate the gluteus maximus (GMax) and gluteus medius (GMed), however, limited research has been performed describing the role of the addition of elastic resistance to commonly used exercises. The primary purpose of this study was to determine the gluteal-to-tensor fascia latae muscle activation while performing 13 commonly prescribed exercises designed to target the GMax and GMed. The secondary purpose of this study was to compare muscle activation while performing a subgroup of three matched exercises with and without elastic resistance.” (3)

THERE IS A CLEAR WINNER: THE CLAM EXERCISE WITH AND WITHOUT RESISTANCE

The Clam exercise demonstrated the highest glute activation while minimizing activation of the TFL.  Any running or rehab program for ITBS should incorporate these exercises to optimally improve the function of the Gluteus maximus and Gluteus medius.

Click here to see a video demonstration of the exercises:

In addition to home exercise, here are a couple of things you can do right now to reduce the risk of ITBS: 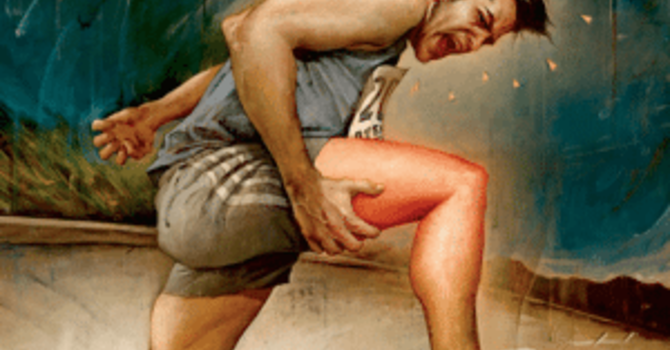 ADHESION – IS IT CAUSING YOUR PAIN?